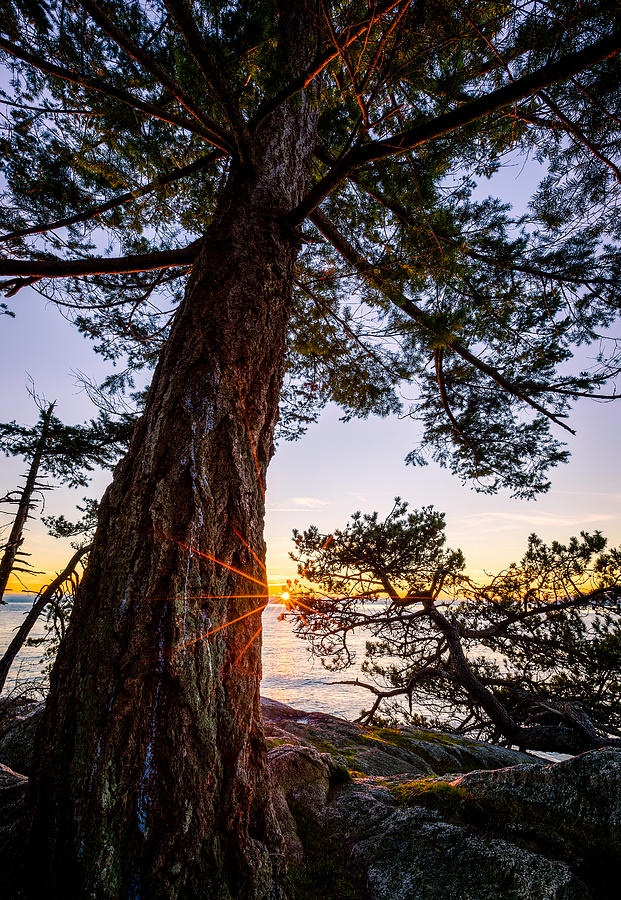 I took a trip over to Lighthouse Park in West Vancouver to catch the sunset. I've been struggling for inspiration (and time!) a little, and this always seems to be a good place to go to get it back!

I first headed to a location down by the water which I'd scouted out on a previous trip, but at the time the tide had been too high for the shot I wanted. Unfortunately, this time the tide was too low -- at least I now know an approximate height to aim for on a future trip! Instead, I headed to Shore Pine Point at the south-west corner of the park, which I haven't previously visited.

Despite the beautiful sunset and relatively mild conditions, the point was deserted. For this shot, I wanted to capture one of the trees that the point is named after, so I set up to frame the tree reaching high overhead. Shooting into the sun made for a challenging shot, so I took advantage of a smaller tree, positioning myself so that the sunlight was partially blocked by it, with it still letting enough light through to get the lens starburst.